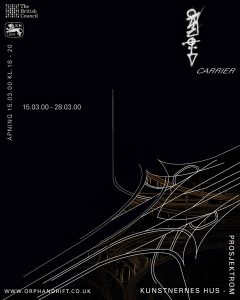 Carrier was a four room installation, itself a loop – consisting of a scaffolding maze room, mirroring tvs playing speeding shadowy static, a room of suspended glowing diode geometries and one of three screens playing video loops, all experienced in the dark, all mesmerizing and disorientating.

An accompanying pamphlet catalogue aimed to replicate the sensation of disorientation in 2D form, being a series of images relating to the physical experience of navigating the four rooms. There is no contextualizing writing in the pamphlet.

Carrier was sponsored by the British Council and 0rphan Drift won the ‘Nordraaks Pris’ for 1999 for their work on this piece.

The video loops – ‘Round the Game’, ‘Fairtech’, ‘Ritual’ and ‘Crush’ – were the first 0rphan Drift work to be edited only from original filmed in the world material, rather than the mixture of sampled and filmed layers and textures, that comprised the 0D work of the 90’s. 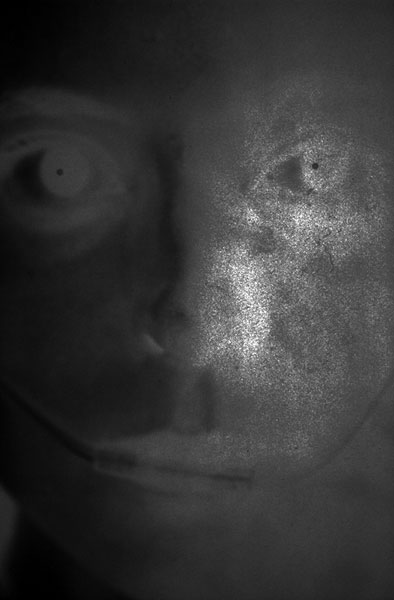 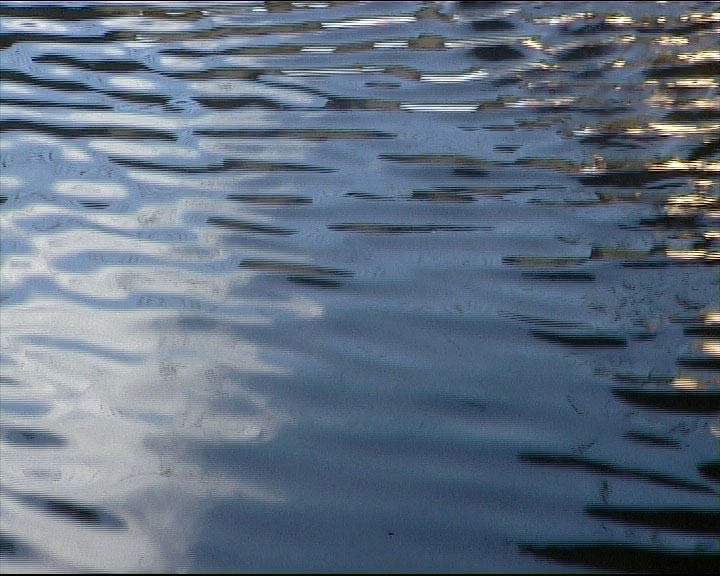 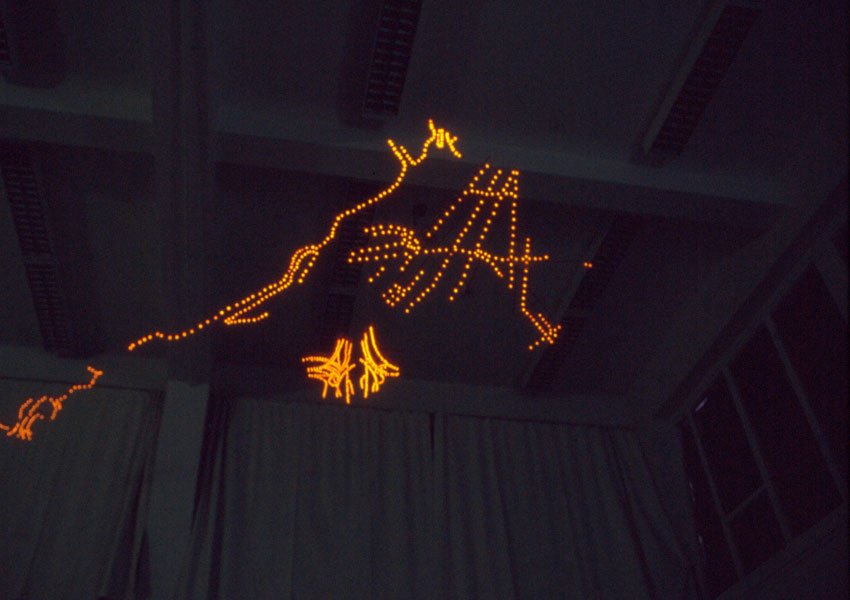 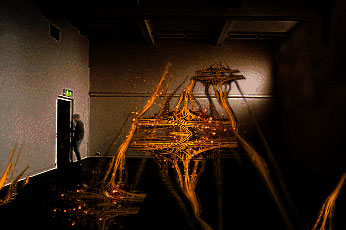 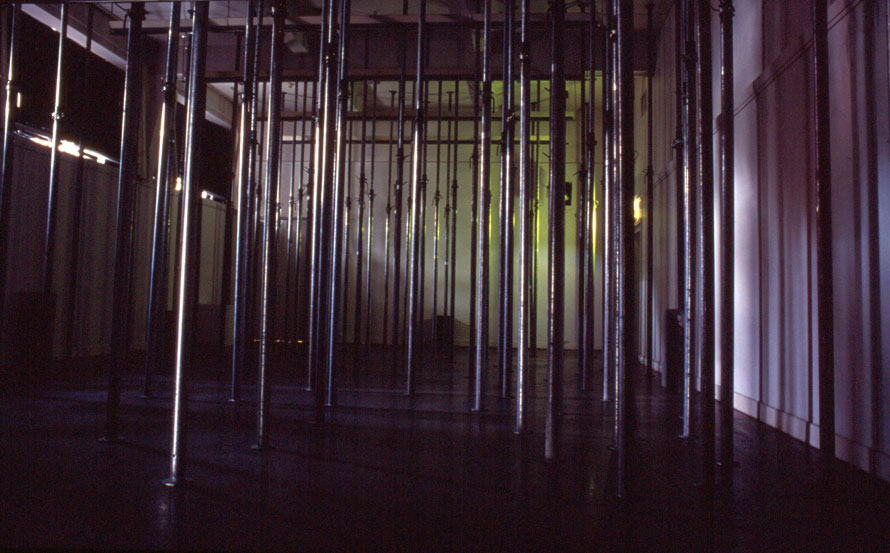 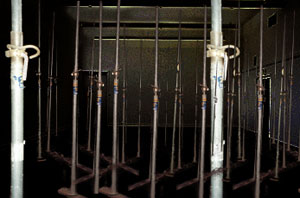 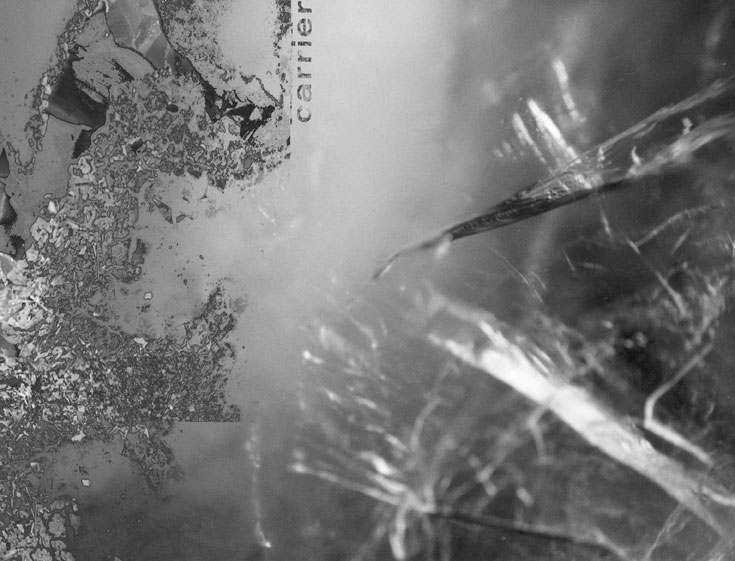