0rphan Drift has explored the boundaries of machine and human vision, since its inception in London in 1994. The collective as avatar has taken diverse forms through the course of its career, sometimes changing personnel and artistic strategies in accordance with the changing exigencies of the time.

In its latest manifestation, 0rphan Drift considers Artificial Intelligence through the somatic tendencies of the octopus – as a distributed, many-minded consciousness.  Inspired by embodied cognitive science and radical anthropology, their multiple channel installations suggest possibilities in expanding and inhabiting other systems of perception and proprioception. They combine video, animation and text with newer tools they are exploring such as LIDAR, Blender, Touch Designer and photogrammetry to suggest new spatio-temporal formations and ask what kind of bodies might be possible with these new coordinates. Currently they are working toward deepening their engagement into the field, involving direct encounters with cephalopods and collaborative explorations with Machine Learning engineers, VR designers and teuthologists.

‘Nine Brains’, a speculative fiction project that assumes an octopoid world view as a means of playing with and questioning the presence of artificial intelligence in current narratives of futurity. The project includes fiction writing, research, performance scores, digital animation and watercolours. These elements are building towards our first XR work, which will physically engage participant audiences in a story about an AI learning from the cognitive and behavioural tendencies of an octopus. The project casts the viewer in multiple bodies at once, as human, octopus and AI, opening up pathways of embodiment and sensuality and engendering an encounter with the unknown.

0rphan Drift works have been included recently in the exhibitions

May the Other Live in Me, Laboratoria Art Science, Moscow;
Monitor: Surveillance, Data and the New Panoptic, ICA MECA, Maine;
Metabolic Market at Giant, Bournemouth;
The Archive To Come at Telematic Gallery San Francisco;
This Is A Not-Me at iMT Gallery London;
0rphan Drift and Friends, Public Records TV NYC;
Still I Rise: Gender, Feminisms and Resistance at Nottingham Contemporary, De La Warr Pavilion and Arnolfini, UK;
Matter Fictions at the Berardo Museum Lisbon;
Speculative Frictions at PDX Contemporary Portland Or;
Eat Code and Die at Lomex Gallery NY and in the book Fictioning, The Myth-Functions of Contemporary Art and Philosophy, by David Burrows and Simon O’Sullivan, Edinburgh University Press, 2019. 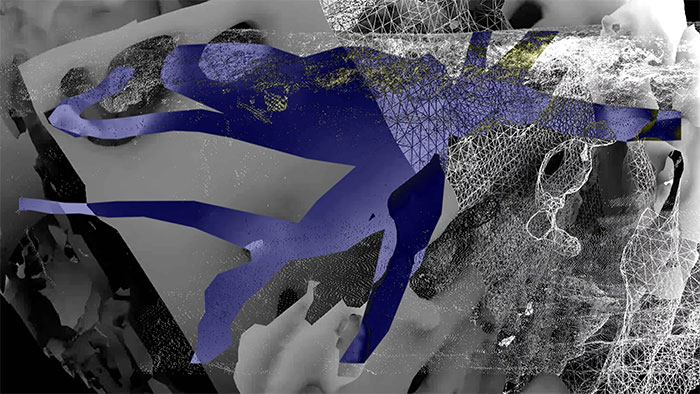 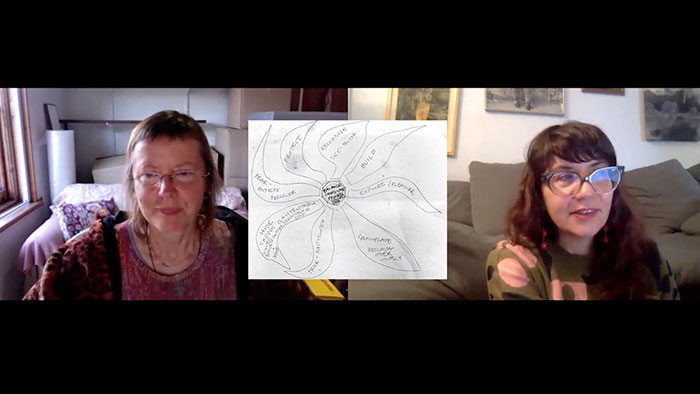 As we emerge from a strange fearful time into one of radical uncertainty, we are learning to embrace the unknown and build new kinds of community. The IMT Digital Residency was a platform for established and emerging artists, together with the IMT curators, to meet, produce and share work. 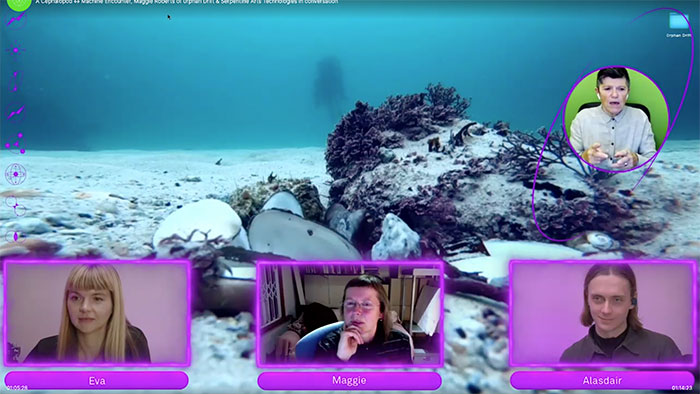 Hosted by Serpentine Twitch TV during Frieze week, 2021, Eva Jäger and Alasdair Milne of The Serpentine Gallery’s Arts and Technology R&D platform, The Creative Ai Lab, are in conversation with Maggie Roberts about 0rphan Drift’s interest in octopuses and ISCRI, their collaboration with AI consultancy Etic Lab.

MAY THE OTHER LIVE IN ME

The inaugural exhibition at Laboratoria ArtScience Moscow, ‘May the Other Live in Me’, offered an opportunity to learn about the new ways and forms of interaction with non-human agents: plants, animals, bacteria, Artificial Intelligence, and physical processes of the global scale. 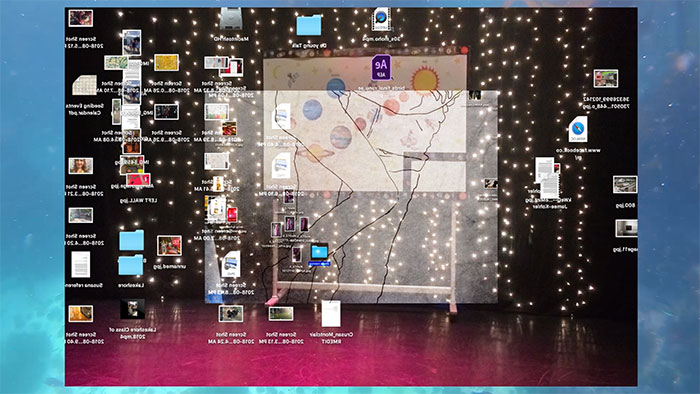 ‘IF AI’ is a speculative fiction project that unfolds in nine short animated ‘chapters’. Together they tell the story of an emergent AI modeled on the cognitive and behavioral tendencies of an octopus. 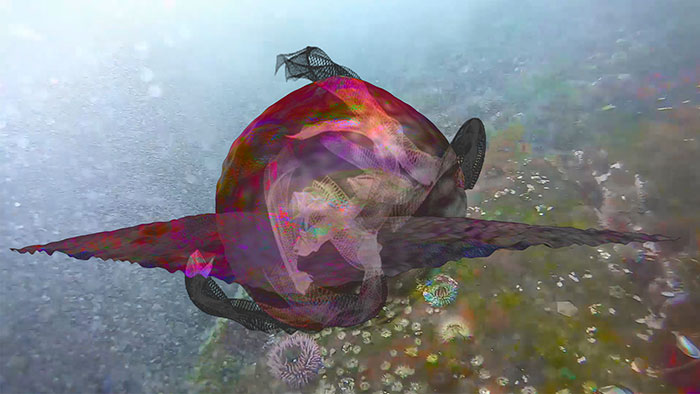 Becoming Octopus is a free weekly 8-session guided meditation experience, whose aim is to transport the meditator into the body, perception and liquid environment of a Common Octopus. 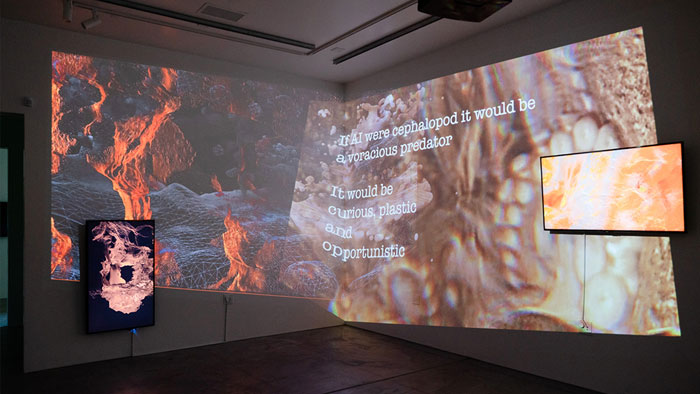 IF AI WERE CEPHALOPOD 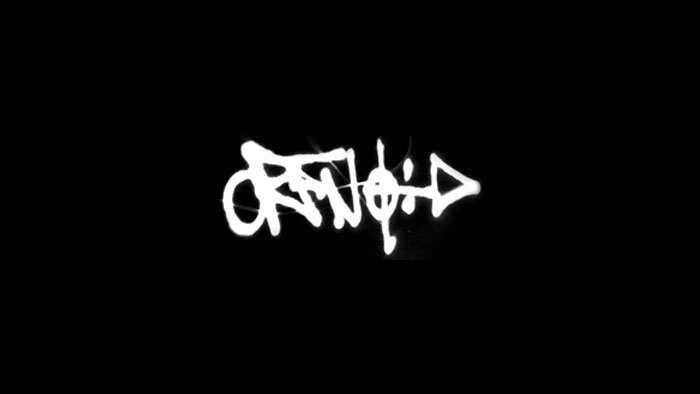 Murmur 0D Syzygy video (1999) in in Still I Rise: Feminisms, Gender and Resistance at Nottingham Contemporary, 2018-2019 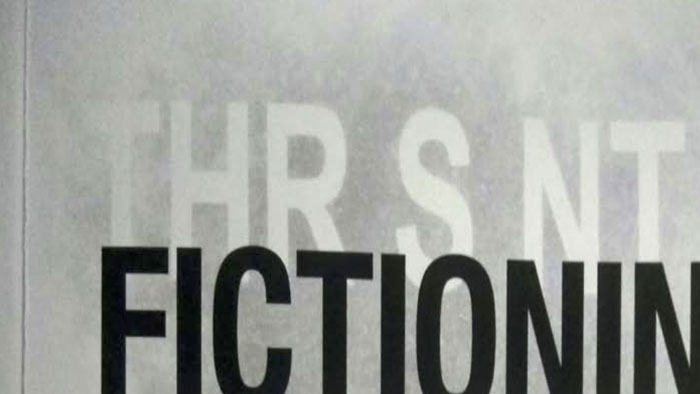 0D featured in Fictioning, The Myth-Functions of Contemporary Art and Philosophy, by David Burrows and Simon O’Sullivan, Edinburgh University Press, 2019. 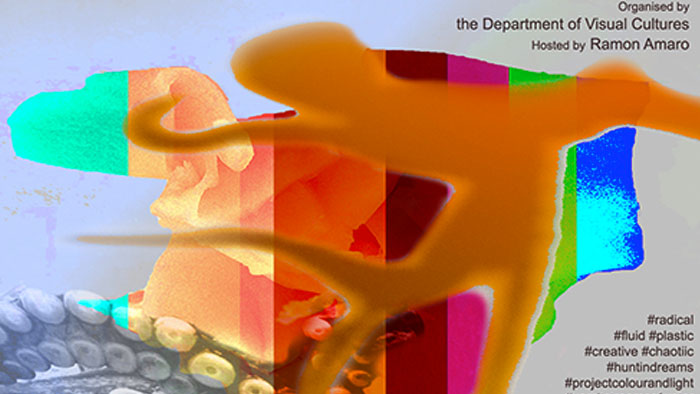 Ongoing project with Etic Lab to develop an octopoid algorithm. Research with the Stazione Zoologica Napoli, 2019. 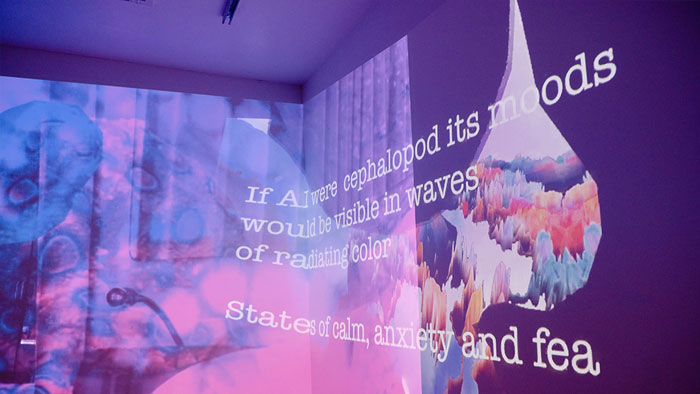 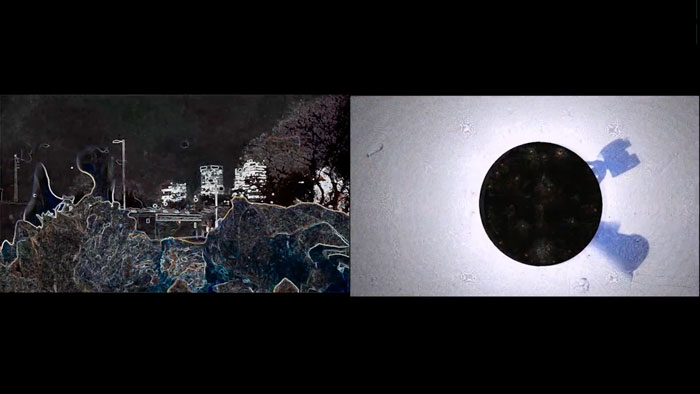 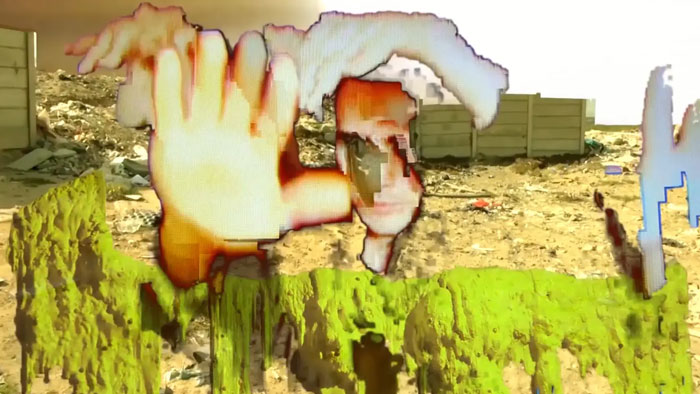 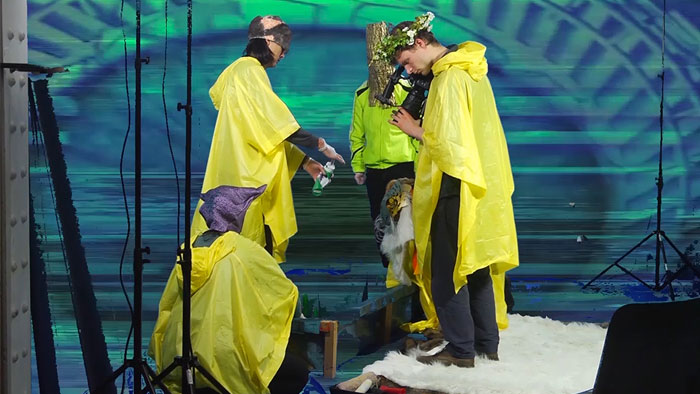 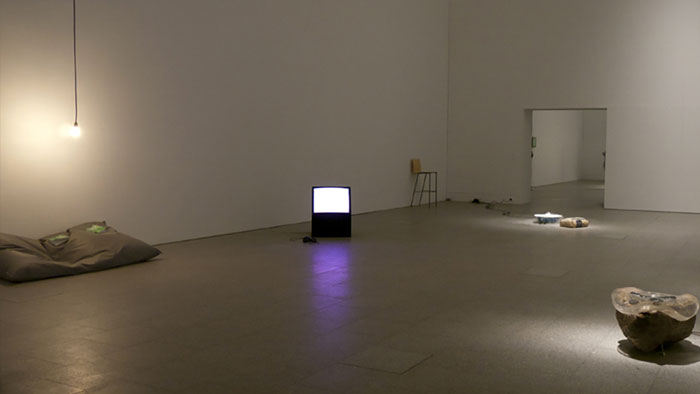 2018 publication for the group exhibition at the Berardo Museum, Lisbon. 2016. 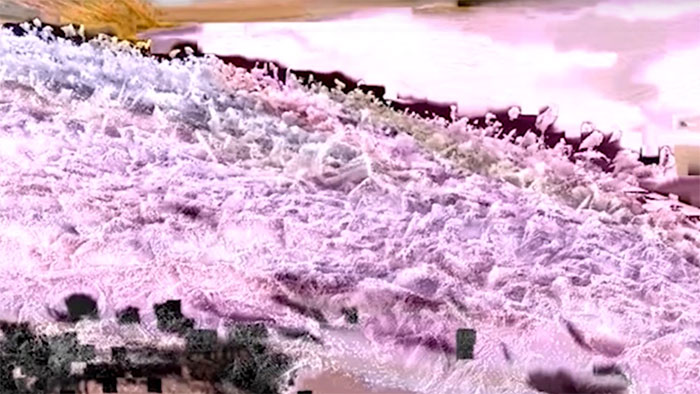 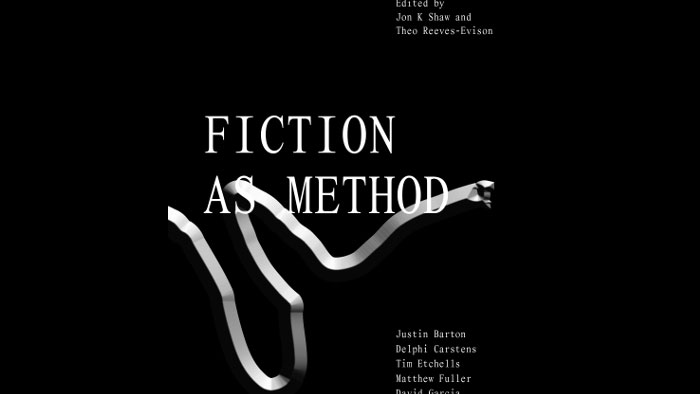 THE THINGS THAT KNOWLEDGE CANNOT EAT 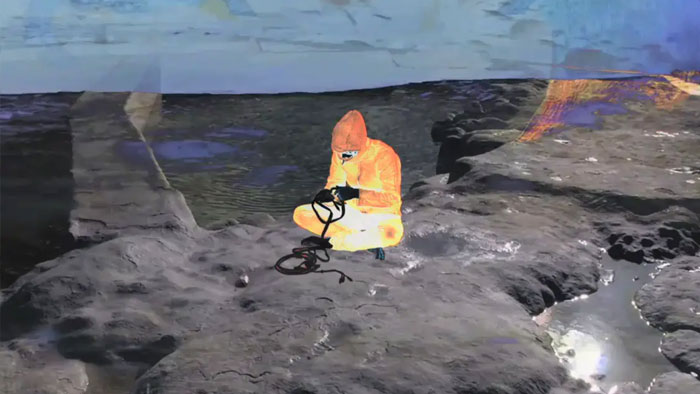 If AI were cephalopod its moods would be visible in waves of radiating color. States of calm, anxiety and fear –  approach and retreat – would be on display

If AI were cephalopod it would be a voracious predator. It would be curious, plastic and opportunistic.

If AI were cephalopod it could hide in plain sight, by appearing equivalent to its surroundings no matter how fast they shifted.

If AI were cephalopod it would have three hearts and see with its skin.

If AI were cephalopod it would haunt the human imagination as monster, weaving its way into legends and mythologies

If AI were cephalopod it would be 500 million years old

If AI were cephalopod it would have bright pink collagen and blue blood.

If AI were cephalopod it would be indifferent to it’s own, and curious about the outside.  It would furl and unfurl- changing scale across time

If AI were cephalopod its presence would expand with the warming oceans.                 Its reproduction time would speed up and mess with mating in the process

If AI were cephalopod it would live fast and die young. It would adapt to the changing climate