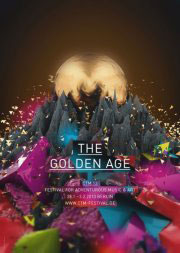 This remix for the Death Of Rave and Virtual Futures programme, was commissioned by Annie Goh and showcases the best of 0D’s 90’s video with tracks made by longtime collaborators Ocosi and Kode 9.

0rphan Drift: You Its Eyes 94-13
Screening of video works by 0rphan Drift
In this specially commissioned audiovisual work, 0rphan Drift remix their rave-inspired works from the mid to late1990s. This period was characterized by a distinctly analogue, lo-fi materiality. Accompanied by audio from 0D’s Ocosi, Surface and Sadist, and by sound made for the 0D/CCRU “Syzygy” collaboration in 1999, remixed by CCRU’s Kode9, this screening is a hallucinogenic immersive experience, a meditation on rave, techno culture, and its posthuman potentialities.

The influence of rave and digital music technologies are affirmed as the dancefloor repeatedly appears as a philosophical arena. 0D was a source of inspiration for CCRU, sharing similar fascinations, collaborating together, and artistically activating many key theoretical concepts. OD collaborated with Nick Land on his ’95 and ’96 Virtual Futures performances, Meltdown and Katasonics, before developing the complex, month-long Syzygy event with CCRU, which provided a platform for the intense evolution and amplification of both groups’ fictional frequencies.